Today, Tor.com released a very detailed analysis of the Old Tongue--the ancient language used during the Age of Legends. 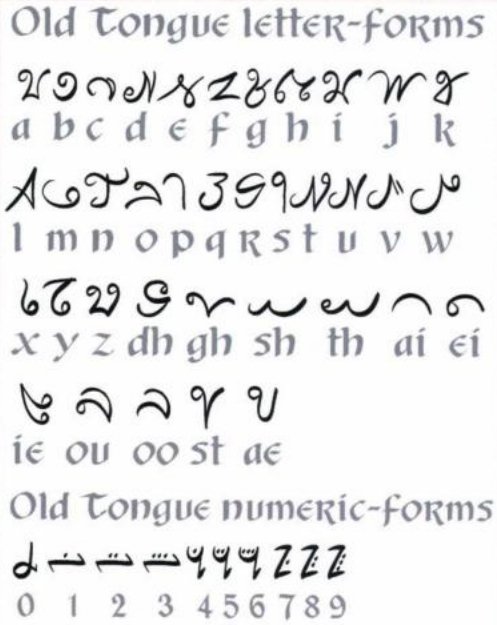 Today, Tor.com released a very detailed analysis of the Old Tongue--the ancient language used during the Age of Legends.  Written by Richard Littauer, who is a linguist, this article sheds some light on how Robert Jordan did follow some rules of languages and when he made them up.

This was a very interesting read.  Looking at the Old Tongue from an academic and historical perspective was enlightening.  Though I had heard several instances of inconsistencies in the dynamics of the Old Tongue, Littauer does a great job of explaining why these phrases can't be constructed into one, cohesive language.

And though Littauer concludes that Jordan was only an amateur linguist, he still sings Jordan's praises:

It’s at this point that even the most avid linguaphiles among us are forced to face the truth: Robert Jordan was certainly a keen amateur linguist, but he wasn’t an academic—he was a writer first, and a linguist second. The handwaving excuse of “I translated it” wasn’t meant to be serious, it was meant to stop the reader from digging in and finding inconsistencies. Because, ultimately, they don’t matter. What matters is that we see a world filled with history and wonder, with words of power and words of lore, echoing through the ages. Instead of raising a hand like an arrogant high-schooler, we’re supposed to take up arms at Mat’s battlecries (I know I’ve pumped my fists in glory a few times in his chapters).

It sure is fun to try and find the cracks though, isn’t it?

The fact that people are still delving so deeply into The Wheel of Time amazes me.  After all these years, there's still so much left to explore and ponder.