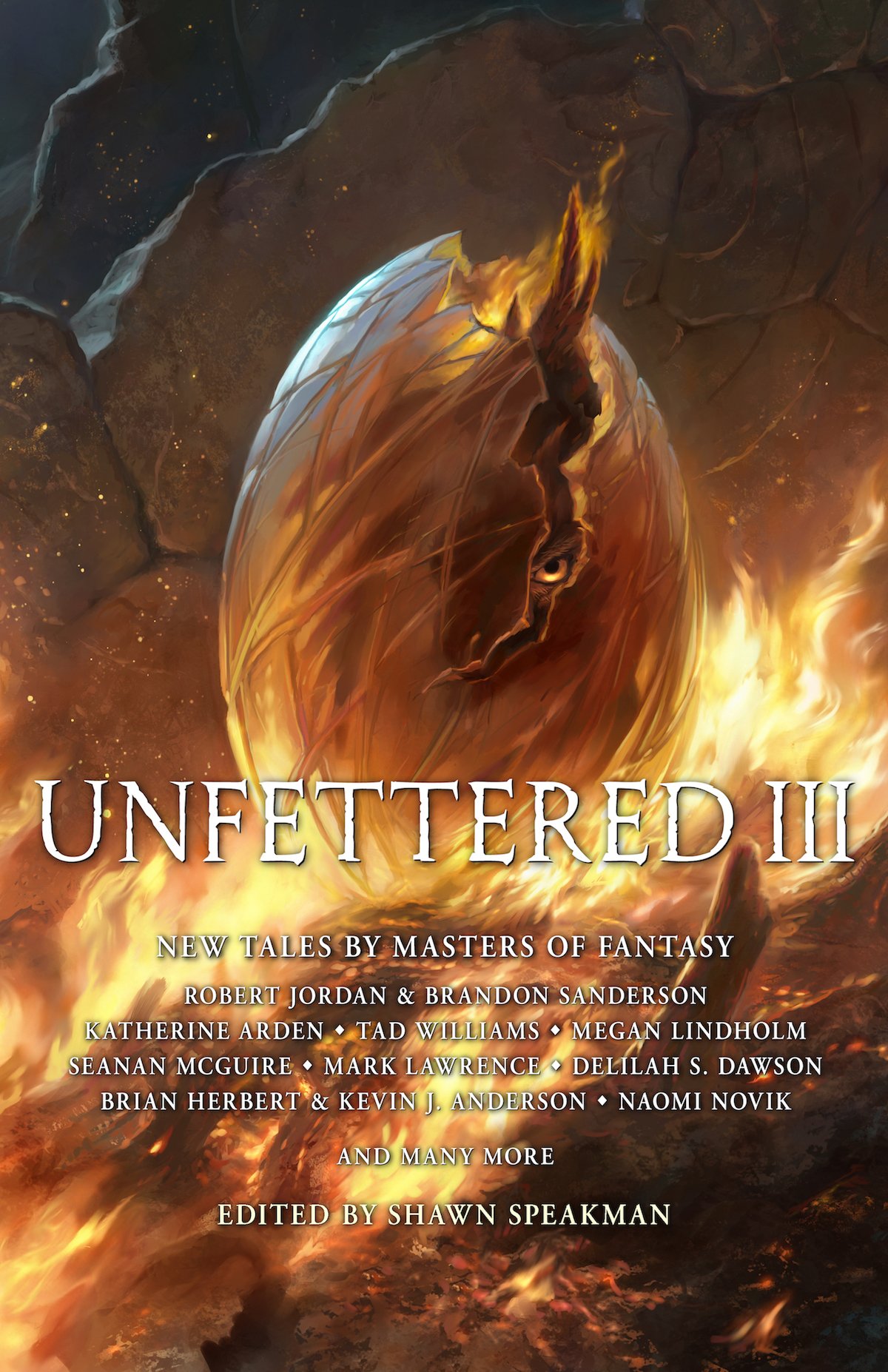 Our friends at Grim Oak Press announced today that their upcoming short story anthology, Unfettered III, will contain an unreleased deleted chapter from A Memory of Light, the final book in The Wheel of Time series. The chapter will follow Perrin as he makes his way through the Ways. There's about 20,000 words of content, which is about the length of two or three hefty WoT-sized chapters. The content was written by Brandon Sanderson during his process of creating AMOL. It was deleted by Harriet as part of the editorial process, but will now be released with everyone's blessing. Although fun to read, Brandon informs us that these scenes are not considered canon.

The original Unfettered anthology, released in 2013, contained "River of Souls", a series of short scenes featuring Bao the Wyld as he attempted to discover the location of a legendary sa'angreal.

In addition to featuring a Wheel of Time story, Unfettered III will also feature an original short story from Dragonmount founder Jason Denzel. Here's how Jason described the story: "The Stone Golem of Qual’Jom” is about a lonely, blind creature made entirely of stone who was brought to life by a sorcerer in order to be his assistant. When the master leaves his cavernous lair to go on a long journey, the golem is charged with defending the dwelling from invaders. But during his master’s extended absence, the golem begins to question his nature, and the nature of the world around him. Touching on themes of loneliness and non-duality, and filled with action, “Stone Golem” is my earliest, and one of my most beloved, written stories."

Unfettered III will be released in hardcover and ebook formats on March 19, 2019. It will feature stories from 27 fantasy authors taking place in an abundance of beloved fantasy worlds including the Dune universe. There are 250 early Advance copies available, as well as signed copies, which will contain signatures from all contributing authors, including Brandon Sanderson and Jason Denzel.

Finally, proceeds from sales of this anthology will go to a good cause. They will be used to help provide health insurance for science fiction and fantasy writers who need such assistance.

We hope you'll join us in checking out these amazing stories. For more information, including links to pre-order the book, visit the Grim Oak Press website. Read Brandon Sanderson's announcement on his website.