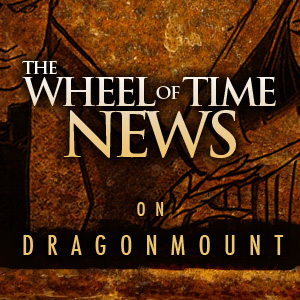 It's time for another edition of The Wheel of Time video news on Dragonmount. This week our host Kristen Nedopak focuses on JordanCon, the upcoming convention for fans of the Wheel of Time series.

You can view the tentative schedule online (PDF).

Highlights of the convention this year include exclusive panels with Team Jordan, the "Last Theory Panel Ever", and even auditions (Yes, that's right.) for Dragonmount's next Top Secret WoT video project. (Details to come in a future news article about that). The three day event will also feature the annual costume contest, a Darkfriend Ice Cream Social, as well as numerous panels, workshops and discussions exploring the Wheel of Time series and fantasy writing.

Simply put, this is the BIGGEST annual event related to the Wheel of Time, and you don't want to miss it.