Weekly Musings of an Insane Firebird: Interview with Winterwinds 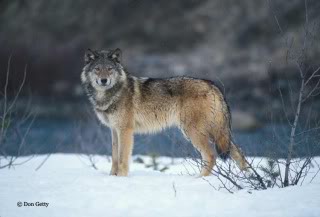 I have another Admin interview for you. These kind of got sidetracked due to unforeseen circumstances. I have an interview with one of our Role Play (RP) Admins, Winterwinds. He is in charge of the RP Groups.

A: I started reading The Wheel of Time back in middle school, so around 6th or 7th grade, I borrowed The Eye of the World from my school's library. The rest, as they say, is history.

Q: How did you find Dragonmount and get involved with Admin/Staff?

A: Well, I was made staff actually shortly after I joined Dragonmount. Barm noticed I was greeting everyone, and actually outgreeting the newbie mods, so he offered me a job! That went on for a few years, then Tay approached me to be her 2nd in command.

Q: You are in charge of the RP Groups. How do you balance everything between the groups?

A: Well, for the most part I just try to keep a clear and level head, try and be as fair as I can towards all the RP Groups.

Q: What are your favorite RP threads?

A: Most of my favorite RP threads have been over in the Wolfkin or in the Rev. One board. For instance, I started a thread a long time ago, of which I cannot remember the name but it was nominated for an Empy, which was set in the War of Power.

Q: Do you actively RP?

A: Not as much as I want to here, but elsewhere I am quite an active RPer. My lack of RP here stems from the Wolfkin having just flopped over and gone into hibernation mode.

Q: What faction would you join in Randland if you had to choose only one?

A: Wolfkin, without a shadow of a doubt.

Q: Who is your favorite character in The Wheel of Time?

A: Oddly enough, Mat. I am a big RTS player, and Mat's general abilities have always been something I looked up to.

Q: What is the most memorable moment for you in The Wheel of Time?

A: In the book just before the last book, Towers of Midnight I think, there was a scene where Perrin and Elayne's brother, who is the Lord Captain Commander of the Whitecloaks, find common ground after Perrin saves a Whitecloak who had been accidentally stuffed into a pile of the dead. I just loved how two former foes could find common ground and put aside their differences like that.

A: Um, well, I guess the only thing I would like to share is that I hope some more people decide to wander down to the RP side and say hello, and perhaps stick around or RP in the Rev. One board. It's a fun place to be and we are always welcoming to newcomers.