Weekly Musings of an Insane Firebird: Interview with Barmacral 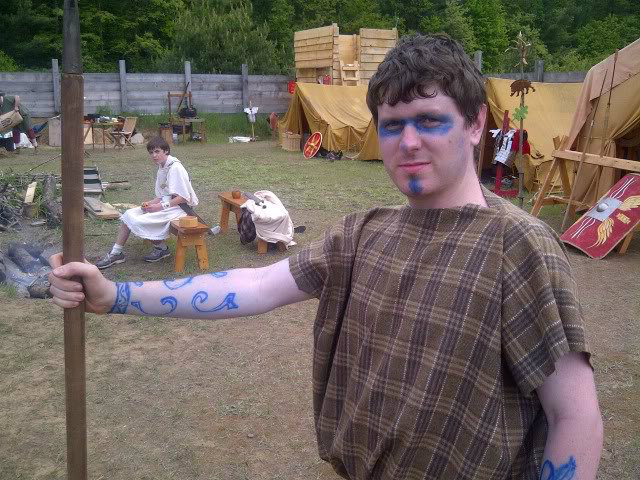 This week, I'd like to take some time away from my normal ramblings and share an Admin Q&A sesion with you. Barmacral is our Discussions Admin and oversees the discussion forums, including the Mafia forum. Remember to laugh at any jokes he might say. We don't want him to realize he's not as funny as he thinks...I kid, I kid! Here is the Q&A we had.

A: Back in high school, I think around the time CoT came out? Not sure. Any number of years ago anyways, and I've read the series more than a dozen times since.

Q: How did you get involved with Dragonmount and the Admin position?

A: I stopped playing World of Warcraft and needed something to pass the time, and since I was on one of my many re-reads, I came to Dragonmount looking for a place to discuss the books. As for being an Admin, we'd had some technology changes on the site, and they needed somebody who could dedicate some time to making sure all the users could see the appropriate boards. About the time this position was no longer needed, the Discussion Admin role came open and I was offered the chance to shift my responsibilities. As I've been very active in the past in many of the discussion boards, I took the chance.

Q: Can you share a little bit about yourself with the readers?

A: I am 25, Canadian (gloriously so), and I love to partake in historical re-enacting, specifically the War of 1812, where I portray an American soldier of the US 25th infantry regiment. I read a huge amount of sci-fi and fantasy, and am a casual gamer with a love for novelty board games. Just recently, I had the opportunity to try the Order of the Stick adventure game, and it was a lot of fun.

Q: People seem to think you have jokes. Do you have any jokes offhand you'd like to share?

A: None that are safe for the front page of Dragonmount...The actual running gag is that I am not funny, as a number of years ago I won the Empy award for funniest member of the site, and Emperor, a former Admin, started teasing me that I clearly wasn't funny and that he should have won the award himself.

Q: Where do you picture yourself as far as groups or factions in Randland if you lived there?

A: Probably Andoran, as they have the least alien culture to my own.

Q: Are you a part of the Wheel of Time community outside of Dragonmount?

A: I am lightly active over at TarValon.Net.

Q: Do you have a favorite character in the series? If so, who is it?

A: No, I pretty much like all the characters, even the ones most people tend to dislike. I've never agreed with the hatred for Egwene, Elayne, Faile, and the others. Though I'm totally happy to hate on Elaida.

Q: What is the most memorable moment for you in The Wheel of Time?

Q: You are the Discussions Admin; have there been any great discussions during your time in this position?

A: There's been lots of great discussions. General Discussion usually has some awesome reviews by Werthead and others about various books, Debates and Discussions is great for political and other hot button topics, there's always a few discussions I'm following in the Entertainment section of the site, and every once in a while I do love to stop in at the Mafia board for a good mafia game.

Q: Is there anything else you wish to share?

A: I think it bears mentioning that I am awesome. Well, not that it needed to be mentioned, as I am sure most people figured it out from the rest of the interview. I am awesome.