Review: The Hacienda by Isabel Cañas

TL;DR: The Hacienda by Isabel Cañas is a chilling, genre-bending gothic novel set in the wake of Mexico's War of Independence. Chock full of twists, it's a perfect read for anyone looking for a breathless read, including fans of Mexican Gothic by Silvia Moreno-Garcia, The Haunting of Hill House by Shirley Jackson, and The Book of Cold Cases by Simone St. James. 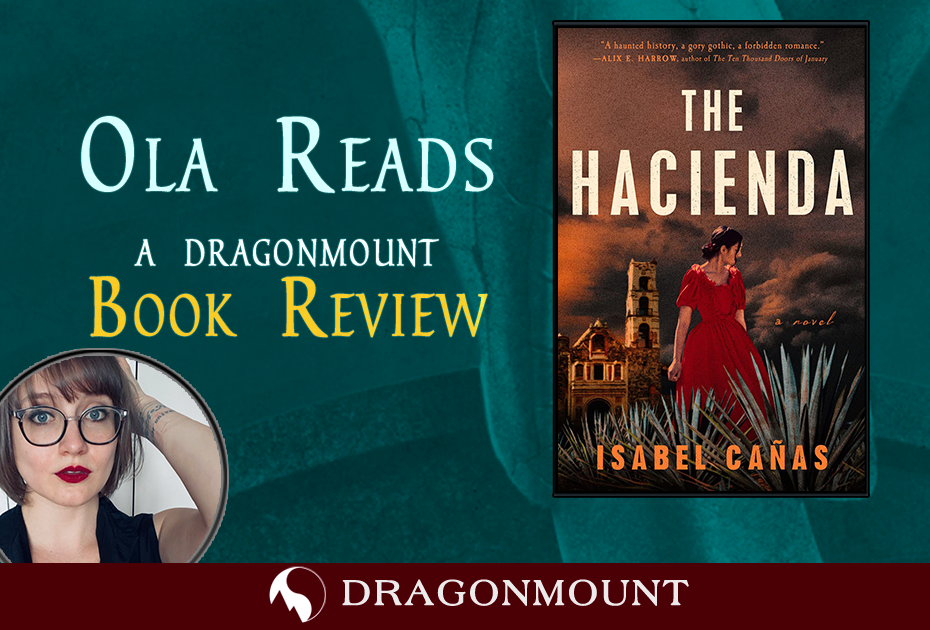 TL;DR: The Hacienda by Isabel Cañas is a chilling, genre-bending gothic novel set in the wake of Mexico's War of Independence. Chock full of twists, it's a perfect read for anyone looking for a breathless read, including fans of Mexican Gothic by Silvia Moreno-Garcia, The Haunting of Hill House by Shirley Jackson, and The Book of Cold Cases by Simone St. James. 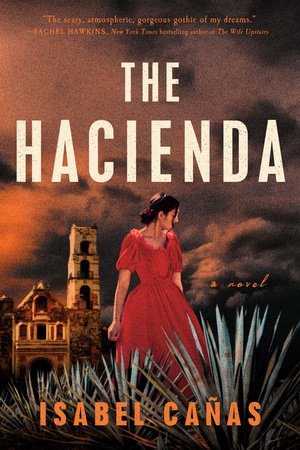 This column is usually about fantasy. But in late May, I told Jason that I really, really wanted to yell about this new horror book, and could I pretty please do so.

Readers, I am so excited to tell you about The Hacienda by Isabel Cañas. Pitched as Mexican Gothic meets Rebecca, it tells the story of Beatriz, a young woman whose father was killed in the War of Independence. She and her mother can only find shelter with the disapproving Tío Sebastián and his cruel wife, Tía Fernanda. Beatriz knows her prospects are meager and dimming with every day she stays with her mother’s family, and so, she flees in the only way she can think of: by marrying Rodolfo, a mysterious young widower with an estate far from the city.

He spirits her away to his hacienda, San Isidro—and from the first moments, Beatriz realizes that this place is not what she thought it would be. The land is arid; the house is in disrepair; and nobody seems to have any kindness to offer her.

It is a standard haunted house narrative in that a person is trapped in a house first by their own hand, and then by the situation they have created, and they must learn to fight it lest it destroy them. Cañas captures the crescendo of the experience nicely, beginning with innocuous happenings and slowly bringing the reader and Beatriz herself to realize just how much danger she is in—and just how alone she is in her plight. Even as she finds an ally—more on him in a second—the house has ways of isolating individuals, speaking or acting only towards one person to further undermine their sense of self and leave the reader anxiously awaiting what will happen next. For those looking for an excellent spooky read, this will scratch all the itches you have.

But! The Hacienda weaves in so much more depth to the story. Like a typical Gothic novel, Cañas explores the horrors of societal expectations surrounding gender, leaving Beatriz stuck in dangerous situations because of social conventions, expectations, or simply because she is not seen as worth helping. However, the novel also focuses on classism and colorism, how dangerous and impossible power imbalances can be for the disenfranchised individual, religious zealots/pharisees, and the shape and impact of political revolutions. Each of the subplots and the themes they explore weave together into the main plot in a masterful way, making the story feel rich and complete. Perhaps my favourite part of the novel is one of the quieter question that many haunted house stories stop short of asking, let alone answering: what does it mean to find safe harbour after the violence and chaos of everything else that has passed? You’ll have to read and find Cañas’ proposed answer.

Although I loved the book, I do want to note that the beginning read a little slow to me. This was in part because of the shifting perspectives. The appeal of gothic fiction to me rests, in part, from only seeing it through one person's eyes—especially as that person begins to question everything that happens and, eventually, their own sanity. To see the world through another character's lens was strange at first; it felt almost like cheating because I could see pieces of the puzzle I didn't feel like I should have access to yet. Perhaps because of this, I didn't initially click with the other point-of-view character: Andrés, a young witch who had grown up in San Isidro before fleeing into priesthood to avoid being caught by the Inquisition, and Beatriz's primary ally throughout the book.

If you find yourself in this position, I implore you to continue reading through it. Trust me: this book has one of the most perfect endings I have seen in a novel and it works primarily because of the dual perspective. I spent the last hundred and fifty pages curled motionless in an armchair; it feels like it's meant to be finished in one breathless sitting. I had already planned to recommend the book, but it was its ending that cemented the novel.

Additionally, I also found Andrés' perspective growing on me throughout the story because it allowed me to learn about the house's past through a perspective that feels unique to horror. So often, houses are described as evil from the start, or not remembered as anything else. But Andrés shows us the love one can feel for a home that is now haunted and broken:

"The house had more moods than a swallow had feathers. I was fond of its peevish spells; its impatient creaks and groaning inspired an urge in me to pat its side affectionately as I would a stubborn but lovable mule. As a child I knew this ancient house of spirits was unlike anything else I had ever seen. Now, after having stepped through the doorways of countless old houses, I knew it was unique." (p. 176)

There is something both magical and heartbreaking in seeing San Isidro through past and present, and witnessing the growth and change of Andrés and his power as well. His homecoming brings to mind the first moments of Rand's reunion with someone he thinks at first is a stranger at the Stone of Tear—long-awaited, desperately needed, and, in its initial moments, shockingly brutal. By providing two perspectives for the story, Cañas evolves the book beyond its Gothic roots, allowing her to address larger questions of home, family, and trust in ways that could not have occurred otherwise.

I absolutely loved this book and recommend it wholeheartedly for anyone who wants a delightfully chilling read. Cañas uncanny ability to weave the social realities of Beatriz's world into the supernatural horrors of the book makes the world feel lived in and real, rendering the things that go bump in the night that little bit scarier. I hope you love it as much as I did.