TL,DR: The Atlas Six by Olivie Blake is a fast-paced, high-tension magical mystery perfect for those who dream of having the knowledge of the world at their fingertips. The first in a series, it sets up a large, twisted world that will keep the reader guessing throughout. Especially recommended for fans of dark academia (such as The Secret History, Ace of Spades, or The Magicians) and authors like V. E. Schwab and Leigh Bardugo. 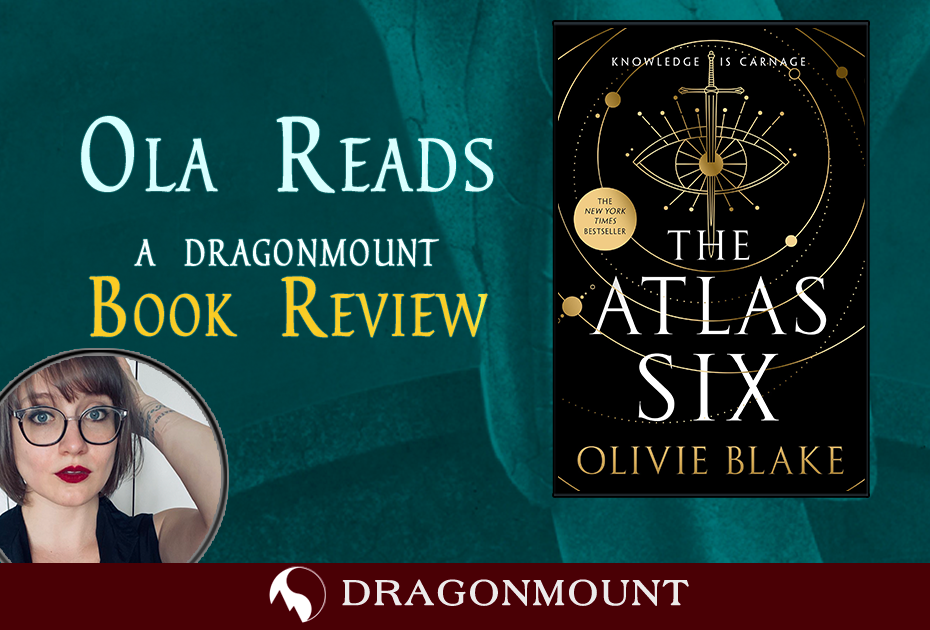 TL,DR: The Atlas Six by Olivie Blake is a fast-paced, high-tension magical mystery perfect for those who dream of having the knowledge of the world at their fingertips. The first in a series, it sets up a large, twisted world that will keep the reader guessing throughout. Especially recommended for fans of dark academia (such as The Secret History, Ace of Spades, or The Magicians) and authors like V. E. Schwab and Leigh Bardugo.


I came into The Atlas Six knowing too much about it, though I'd only read the publisher's blurb. Thus, my first recommendation to you is: if you haven't read The Atlas Six yet, put this review away and go read it now. Not the Goodreads summary; not the jacket copy; not this review. Just read the book.


All right: in a version of our world where magic exists in the open, once a decade, six of the world's most talented magicians are selected for the chance to become members of the Alexandrian Society. Entrance to the Society will allow a magician to access knowledge beyond their wildest dreams—but they must make it through a year of study, first.
Now, if you haven't read it yet, I beg you: go away. 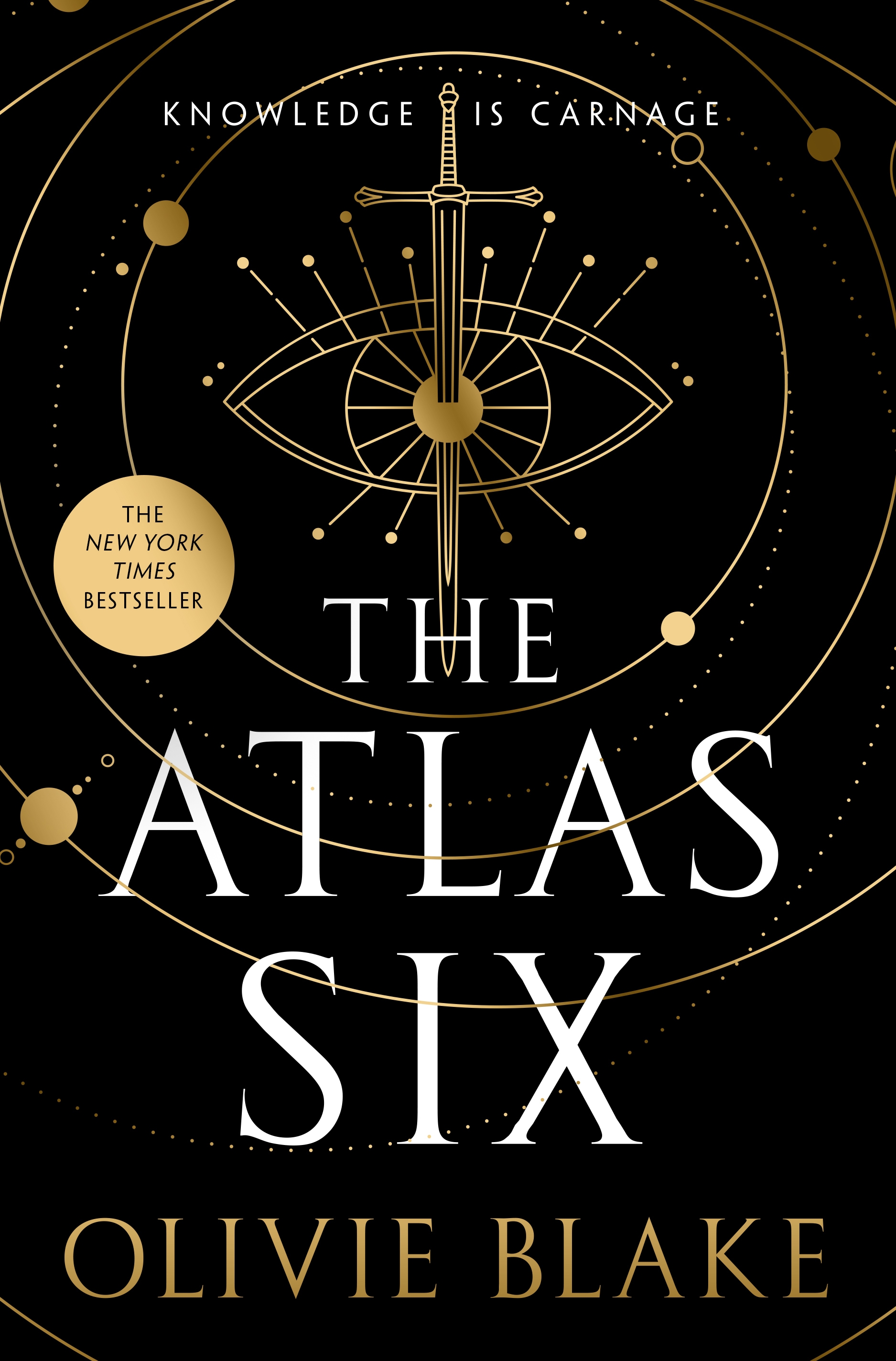 The remainder of this review won't include spoilers, but will touch on aspects of the novel that may be better savoured while reading, so please tread carefully.


The Atlas Six by Olivie Blake follows six of the world's most powerful, unique magicians: Libby Rhodes and Nico Ferrer de Varona, bitter rivals who can manipulate physical matter; Parisa Kamali, a telepath and seductress; Reina Mori, an historian with a difficult relationship with plants; Tristan Caine, an ambitious businessman with a penchant for seeing through illusions; and Callum Nova, a calculating trust fund baby who always gets what he wants. Each is recruited by a mysterious figure named Atlas, the Caretaker of the Alexandrian Society, which these six now have the chance to join. There's a catch, though: only five will become full members, and each candidate will have that year to prove they should be selected.


The novel is an excellent blend of suspense, action, and drama. It uses the mystery of a secret society to its fullest potential; while the six initiates are able to access the library of the Alexandrian Society, for example, they are not able to access all of the books—their requests can be denied, and frequently are. That both the characters and reader have the sense of seeing just a sliver of the whole is incredibly enticing and also serves the book well as a set-up to a series.


The magic system is also exquisite, in that it is unknowable without being unbelievable. Each magician—the most powerful of whom are called medeians—has a specialty, which can range across fields from physical (manipulating fire) to mental (telepathy) and, presumably, anything in between. The vast landscape of the possible with magic means that the author can throw any number of twists at the reader effortlessly; Blake's talent lies in the fact that none of them feel like deus ex machina. None of the characters understand the true extent of magic's power or abilities, and so, even as they use their various skills and knowledge to help and hinder each other, they are constantly surprised by what they can do. The constant delight in learning what else is possible kept me reading, mostly in one sitting, so if you're going to pick up this book, I recommend clearing your calendar.


Throughout, the author also challenge's the tropes of the genre in which she is writing. I find it easy to get swept away in stories like this one: it's too easy to imagine myself as a powerful magician selected for a secret society where I'll have the world's knowledge at my fingertips. So easy, in fact, that I don't think to question too much of what the Society does, and the answers that it provides on its history—that it was founded to preserve the knowledge of the Library at Alexandria before it was burned—is enough. Yet the author managed to pull me up short without ruining my immersion: early on, the reader learns of the existence of societies "not unlike" the Alexandrian (p. 107), some of which believe "that knowledge should not be carefully stored, but freely distributed" and "greatly misunderstood" the work that the Alexandrian Society does. Later, the initiates make a discovery but do not share it with a greater world based on Atlas' oft-repeated warning: "most forms of knowledge [are] better reserved until it [is] certain that such revelations [won't] be abused" (p. 118). My spidey senses were tingling: these are colonialist talking points so frequently repeated by the British Museum and its ilk. While we don't wrestle with this too much in The Atlas Six, I hope (and trust) that we'll get to it thoroughly later on.


As quickly as I devoured the first half of the book, I found my interest waning later on—not because the book loses steam or control of its plot, but because the world grows vaster in a way that I had suspected it might, but hoped it wouldn’t. To be clear, that isn’t to say that the evolution is bad; it’s just that the risk posed by an opportunity of such vastness means that there will be a squillion plot possibilities, not a single one of which will make all the readers happy, but only one of which the author can choose and still write a cohesive story. I think I’m probably the one reader who was hoping for the story to go in a different way—and I'm still planning to keep reading the series and look forward to The Atlas Paradox's release in October 2022. There’s just too many questions that I want answered to not keep going.


In summary, The Atlas Six is a fantastic, fast-paced read for fans of dark academia, libraries, and twisty-turny plots. I recommend it wholeheartedly and look forward to continuing the series.


The Atlas Six is available in the Dragonmount eBook store. Find it here!