Review: The Art of Prophecy

A book that's perfect for fans of subverted tropes and wuxia/martial arts, and readers who enjoyed The Stormlight Archive, She Who Became the Sun, and The Unbroken. 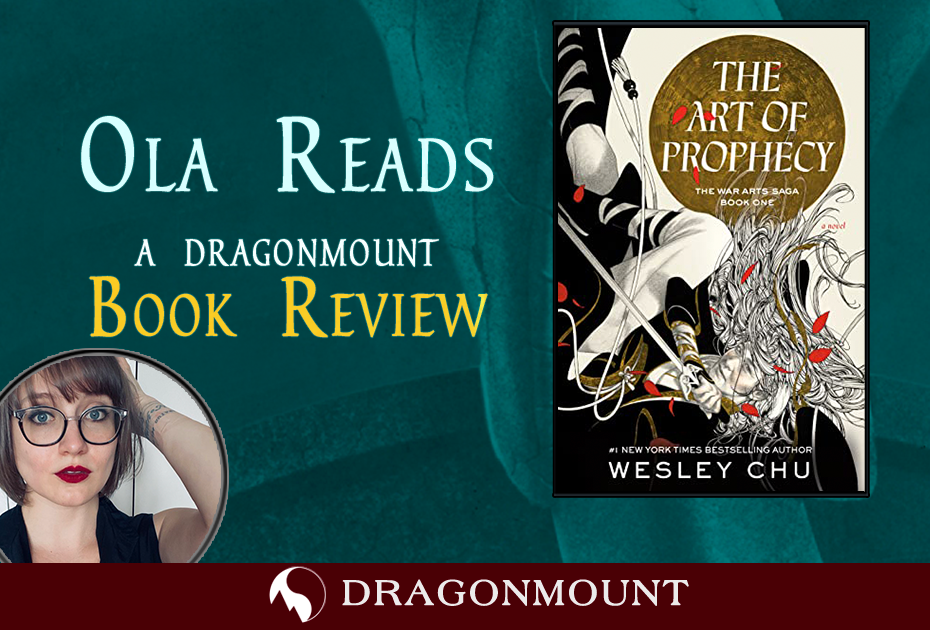 Aleksandra (Ola) Hill is a Polish-Canadian SFFH writer and the founder and editor-in-chief of khōréō, an Ignyte and Shirley Jackson award-winning magazine of speculative fiction by immigrant and diaspora writers. She won the grand prize in the 2019 Writer’s Digest Popular Fiction Awards and is currently pursuing an MFA in writing at The New School. You can find her on Twitter at @_aleksandrahill.

TL;DR: The Art of Prophecy by Wesley Chu is the first book of the War Arts Saga trilogy. Set in a secondary world inspired by wuxia, it's an exhilarating, action-packed start to a very promising series. It’s perfect for fans of subverted tropes and wuxia/martial arts, and readers who enjoyed The Stormlight Archive, She Who Became the Sun, and The Unbroken. 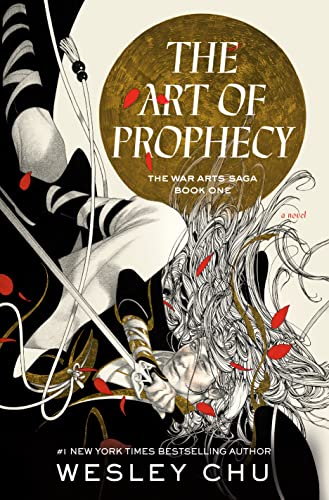 The Art of Prophecy by Wesley Chu follows the story of a Chosen One: Jian, who has been foretold to defeat The Eternal Khan, a warlord from the adjoining Katuia nation, and lead the Zhuun nation to victory by a five-hundred-year-old prophecy. But when Taishi, an old, ornery, one-armed war arts master, goes to check on Jian's training, what she finds is a spoiled, petulant boy taught so many different styles that he has learned nothing at all. Worse, news of the Eternal Khan of Katuia's death arrives soon after she does. The prophecy is broken, and Taishi must help Jian flee for his life from the political machinations of the dukes of Zhuun.


The premise of the series is an excellent subversion of the Chosen One trope as well as an absolute love letter to wuxia, a martial arts genre typically set in ancient China. The magic that features in this story is martial-arts-based; specifically, individuals have an inner energy (jing) that they can learn to master with training (as an aside, I think that the jing here is the same as the one of traditional Chinese medicine, making up the Three Treasures along with qi and shen. Based on my limited knowledge, I think qi is used more frequently; I’d love to hear why the author went with jing here instead). Many schools of martial arts exist, each with different jing-based abilities. For example, Taishi's school is Windwhisper, which lets her manipulate air currents to attack, defend, and—most excellently—fly using her jing. There are some other fantasy elements in the story, such as reincarnation, but it's all generally more subtle than, for example, channeling in The Wheel of Time; I would say it's much more similar to books like She Who Became the Sun, which has limited magic but still feels very much like a fantasy novel.


I absolutely loved reading this book, especially with Taishi as the point of view character. She's no-nonsense; she's highly skilled and knows it and yet, people continue to underestimate her both because of her age and because of her physical disability—one of her arms does not work. She's the kind of character I would be thrilled to see more of in fantasy. In fact, I loved her so much that I was deeply disappointed to learn that there would be other POV characters in the book! I didn't much care to enter Jian's head at first, since Chu manages to make him so deeply irritating from the start; the book also follows the stories of Salimande, an elite Katuia warrior and one of the Wills of the Khan, and Qisami, a ruthless, sardonic, and deeply chaotic bounty hunter I kept picturing as Awkwafina for some reason.


While I was initially disappointed to be breaking away from Taishi, the multiple perspectives in the book let us get a much deeper, fuller picture of the world, especially the conflict between Zhuun and Katuia and all of the political forces at work. Katuia itself is a fascinating culture; they are a nomadic people within the Grass Sea, a dangerous land of monstrously large grass and ever-shifting landscape. The culture appears to be steampunk-esque, with moving cities that rely heavily on machinery and, I think, steam. Without giving anything away, I really can't wait to see how the world and all the people within it grow and change over the next two books; one of the final scenes of the novel has me more excited for a sequel than I’ve been since I can remember.


Furthermore, the reader sees a promising start to Jian’s evolution as a character, from annoying child-warrior who needs to learn something of the real world to… well, not a hero, not yet, but someone with the potential to be. I appreciate Chu’s restraint in not making Jian the golden boy right away and—to my great surprise, given my initial distaste for him—I’m excited to see how the character I genuinely found deeply annoying grows.


The one thing I'll note: while the book was full of both tension and action, I did feel it sagged a bit in the middle. This might partially be my fault—I got absolutely knocked out by COVID when I was about two-thirds the way through and didn't pick this book back up for two weeks—but there is also some amount of setup and moving about in the middle of the book that slows the pace down. If you feel yourself getting a bit bogged in the details, I highly urge you to keep going—the parts that felt a bit unnecessary for me when I was reading them are, I think, going to be major parts in the next books, and I'm really excited to see where they go.


I've been really hesitant about committing to series for the last little while, especially when it comes to long books (The Art of Prophecy clocks in at 528 pages in the hardcover edition, which is on the shorter side of "tome length", but still a big time investment!), but I find myself so excited to keep going with this trilogy. And, I was thrilled to learn while preparing this review, the series has been optioned for television, with The Wheel of Time's very own Uta Briesewitz set to direct. No word yet on the series premiere, but the next two books in the series are coming out in 2023 and 2024 so you don't have to worry about unpredictable years of waiting between the books after you start the series.
In all, I give my highest recommendation for this book, especially for anyone who is looking for an awesome, action-packed martial arts fantasy with multiple strong female leads. It's perfect for fans of She Who Became the Sun and The Unbroken, as well as those who enjoyed The Stormlight Archive with its sprawling world and battle scenes. And if you don’t know if any of those things are up your alley, trust me and give this book a chance. I’d love to hear what you think.