Peter Orullian, author of The Vault of Heaven series, talks about Resonance within his series, and the effects it may have on the magic systems and character interaction. 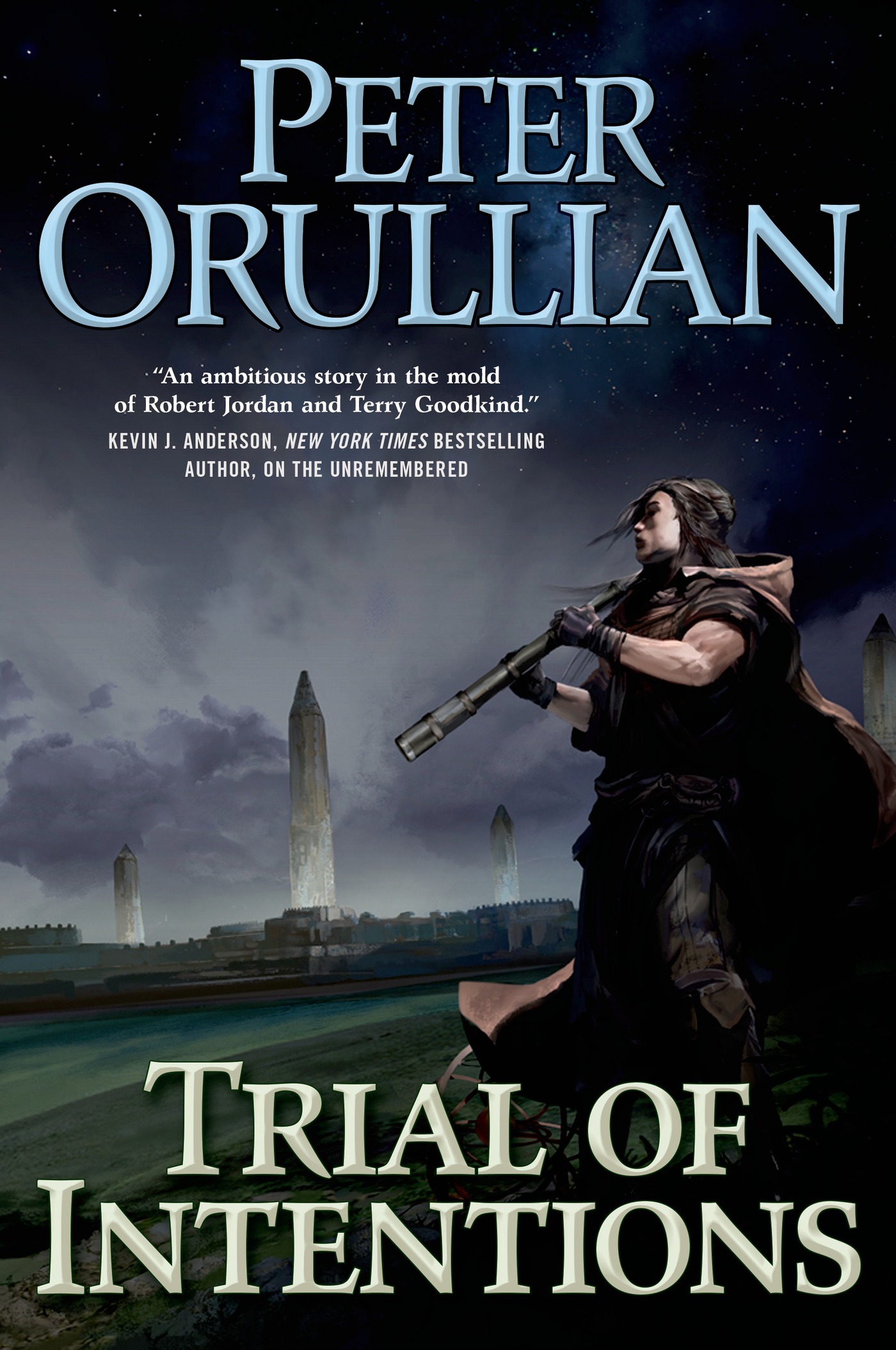 [Editor's Note: Dragonmount is very pleased to have Peter Orullian, author of The Vault of Heaven series, talk a bit about Resonance within the world he's created.  Mr. Orullian's second book in the series, Trial of Intentions, is available today.  Buy it from the Dragonmount eBook store, here.  You can also learn more at Mr. Orullian's website.]

One of the things I developed in the world-building phase of my epic fantasy series is something I call: Resonance. It’s a governing dynamic. Think of mechanical laws from our own world—things like magnetism and gravity. But my intention with it was more than just another physical law. It had to be a source of power. And more.

In our world, we already have the notion of resonance as a principle of acoustics. Often, you’ll find this in relation to what makes a tuning fork hum or even a building shake; it’s when a vibration finds the resonant signature of a thing, and causes it to “stir.”

But what if Resonance could be more? What if Resonance didn’t need a medium of transference? And what if we elevated it beyond just a principle of physics? Well then, you might do as I did and establish an underpinning for not just one but many different magic systems. This is some of what you’ll find in my second book, Trial of Intentions. And by the way, I wrote Trial as an entry point to my world. So, if you haven’t read any of my other work, you’re good to jump in with Trial, if you’d like.

Now, because I’m a musician, I suppose it was natural that I use the principles of Resonance—as I’ve defined them for my series—to build a music magic system. But once I’d established these principles, I began to see how different cultures could tap into Resonance to do magic in ways that made sense for them. Which means that the magic systems are all distinct from each other—some based on movement, some on song, some on thought, some on language, and others—but all have this through-line that readers can see and understand. This appealed to the geek in me.

But as fun as that was, I wanted Resonance to do more. I wanted it to have the power (if understood and used correctly) to affect things at a distance—a great distance—without having to traverse the space between. This led me to research quantum entanglement.

As you might imagine, quantum entanglement is a big idea. Much too big to explore and discuss in a short article like this. Suffice it to say that it gave me a pattern for Resonance—one part of Resonance, anyway—to have an effect on something simultaneously in a distance place. No need for power or energy to “travel.” I love this idea. Perfect for my needs.

And one of the things I did in Trial of Intentions is create a society entirely dedicated to science. In fact, I established colleges of mathematics, astronomy, physics, cosmology, and philosophy. Kind of made sense, since my series is entitled: The Vault of Heaven. This society of scientists is dedicated to research. To establishing principles that help explain how the world works. And their inquiries, as you might also imagine, have far reaching impacts in my series.

So, Resonance has a rational component. And it’s the principle that fuels many magic systems in my world.

But it also becomes a way to understand the human connections between some of my characters. One example: When two people become close—friends, lovers—they share something more than evening meals or marital vows. They establish a connection that brings them into Resonance with one another. Deeper understanding, empathy, and awareness. Even if they’re separated by half a world. I like this gentler, more personal side of Resonance quite a lot. It’s a counterpoint that I think gives the idea of Resonance greater breadth and depth.

Of course, Resonance is also fuel for some wicked power. And right at the beginning of Trial of Intentions, one of my characters who possesses music magic . . . well, it’s not pretty.

Things escalate fast. And while some characters are trying to understand Resonance in order to find more peaceful solutions to war, others are learning (and be changed by) the use or Resonance as a power to do battle. A power to take to war . . .