Brandon Sanderson discusses The Wheel of Time and more on The Dusty Wheel YouTube channel. 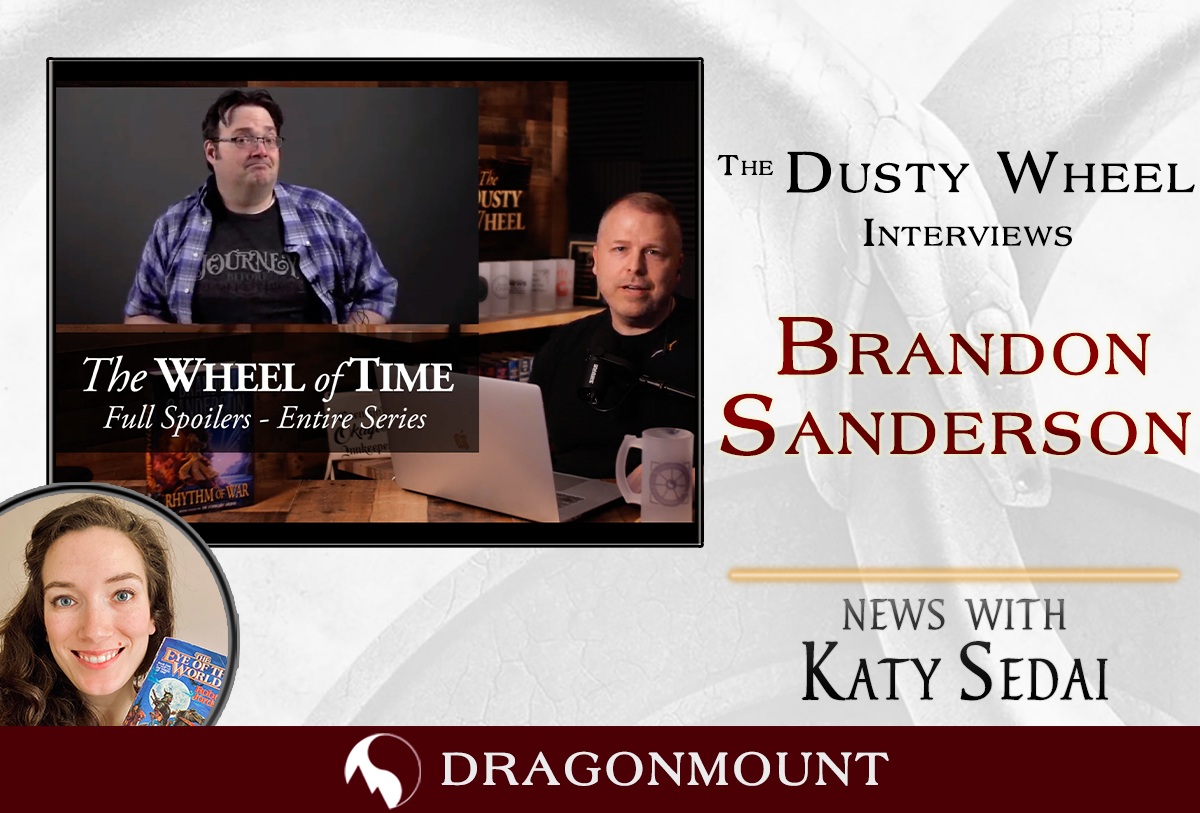 The Wheel of Time television production and adapting the series,

The Wheel of Time book spoilers including regrets with finishing to the series,

and finally many Cosmere questions answered with a RAFO (Read and Find Out).

In the general discussion, Brandon reaffirmed that he will be at JordanCon 2021 in Atlanta this July. He suggested we will see him on a two hour panel, with the exact topic to be determined.

In addition to his prolific and strict writing schedule and starting a new podcast, Brandon has found the time to become a YouTuber, with over 200,000 subscribers. His channel provides weekly updates and live streams where he answers questions while signing books. Brandon multitasked tonight; signing pages for the leather-bound copy of The Way of Kings while drinking bubble tea.

One piece of recent news for Cosmere and video game fans is the announcement that the character Kelsier from Mistborn will be in the popular video game Fornite.

After the spoiler free discussion, the conversation moved on to full spoilers for The Wheel of Time series and the upcoming television show. Brandon reinforced the idea that The Wheel of Time television series from Amazon Prime is in good hands. He is pleased with showrunner Rafe Judkins, who he says

… is a very good story teller and very dedicated to The Wheel of Time.

Brandon also discussed how the changes in the TV show can be canon, and that the narrative of the Wheel of time allows for it, and even encourages the idea of changes.

… I realized this is a different turning of the wheel. They are not filming the books. This is the next or many many turnings in the future. It’s a slightly different interpretation of the same story.

This idea of a different version of events was discussed by Robert Jordan when describing the workings of the Wheel and the Pattern of Ages.

…Err, in the differences between the same Age in different turnings of the Wheel, are that.. as for an analogy: imagine two tapestries hanging on a wall, and you look at them from the back of the room to the front of the store. And to look at them, they look identical to you. But as you get closer, you begin to see differences. And if you get close enough, they don't look anything at all alike. That is the difference between the Ages. Between the Age in one Turning and the Age in another.

There’s much discussion online about the potential changes for the television show. Expectations are high, and maybe it helps to frame the changes this way - that the canon of the books allows for changes to the details. When we pull away and look at the big picture we still see the familiar characters and stories we love.

The Wheel of Time conversation moved to specific questions about the last three books in the Wheel of Time series. Brandon discussed regrets on a scene that was included that he wished wasn’t.  Definitely watch the full video to hear his full thoughts.

The innkeeper and Brandon ended the evening with a multitude of Cosmere questions with a quick succession of RAFO’s (read and find outs), and a few detailed answers Cosmere fans will want to take notes on.

What questions were you excited to hear about? What questions do you wish Brandon had answered? Let us know in the comments below. Be sure to check out the video from The Dusty Wheel on YouTube, and subscribe to their channel.