Unfettered III and A Fire Within The Ways released 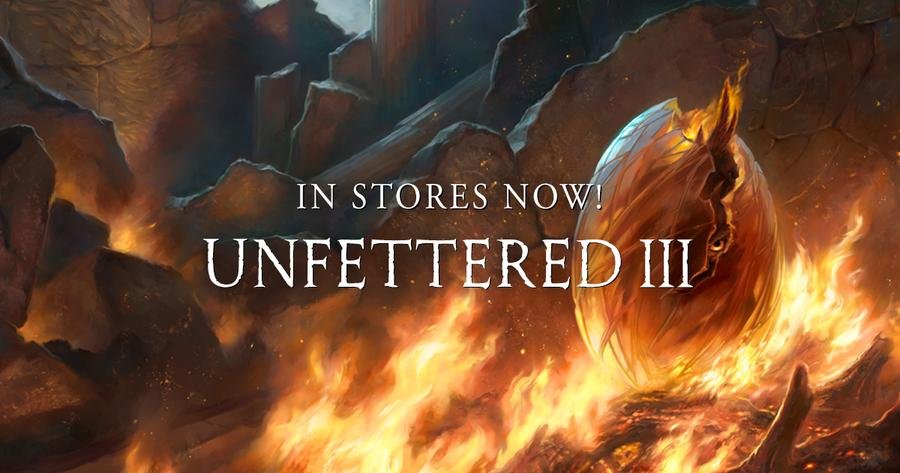 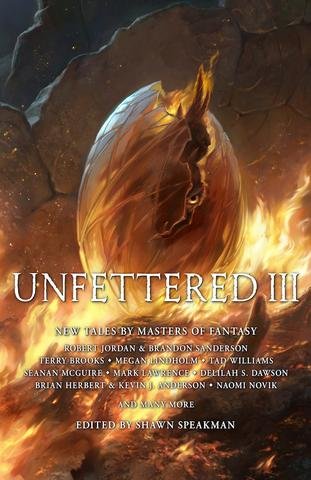 A Fire Within the Ways is the name of the deleted sequence of chapters that was originally written for A Memory of Light. It's a non-canon story that features Perrin within the Ways.  Here's a portion of what Brandon had to say about it:

I’ve long been fond of this sequence, and it was quite difficult to cut from the book. (In the anthology itself, I’ll explain why we eventually decided that the sequence needed to go.) I do have to warn you that-unlike River of Souls, which we consider canon to events in the Wheel of Time—this as-of-yet untitled sequence is NOT canon. You’ll want to read it in the same way you’d watch an unfinished, alternate film scene that ended up not being used.

Still, I think it’s an exciting and interesting chunk of writing. It’s quite big, as long as a novella, and it addresses one of the big unanswered questions we left hanging at the end of the Wheel of Time. So I think you’re in for a treat.

Brandon's blog post about the story. You can read its opening portion for free on Tor.com, and join a discussion on our forums.

In addition to the Wheel of Time story, Unfettered III includes a short story from Dragonmount founder Jason Denzel entitled, "The Stone Golem of Qual'Jom." From Jason:

The story’s about a blind creature made of stone who lives in an underground cavern and is charged with protecting his master’s dwelling. The story delves deep in the creature’s loneliness, his nature, his purpose, and his eventual journey to something greater. I’ve been holding onto this story for a special occasion, and now I’m excited to finally be able to share it with everyone.

You can read more about that story on Jason's website.

Unfettered III is currently available in hardcover and ebook. An audiobook edition is coming soon. The publisher reported that they've had some issues with Amazon, and are working to get the book available there. But in the meantime you can get the ebook edition from other vendors such Barnes & Noble and Kobo.