For those of us waiting for the Wheel of Time television series to arrive, the wait is starting to feel a bit interminable.

At this point a recap of the status of the show might be in order. 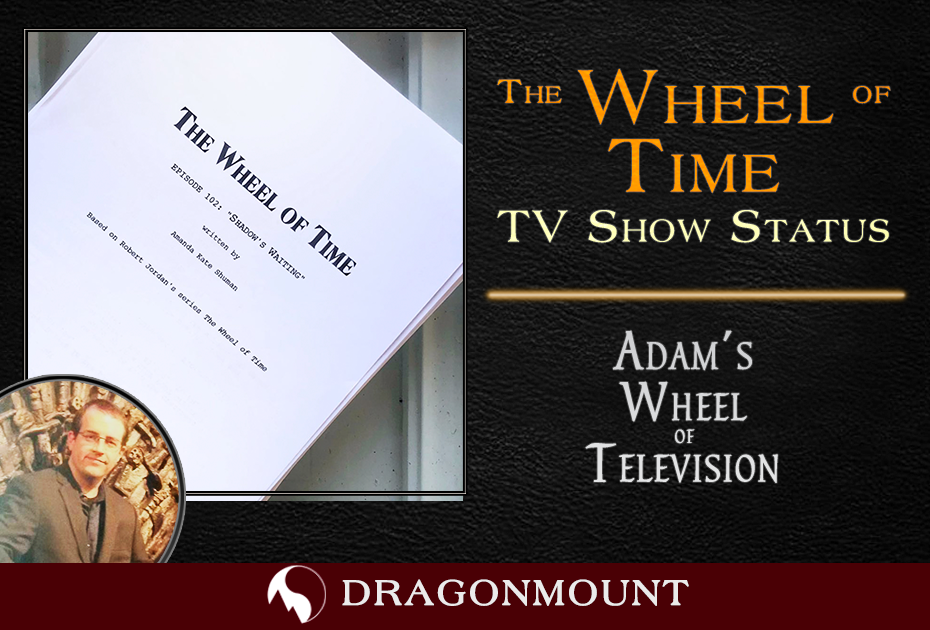 For those of us waiting for the Wheel of Time television series to arrive, the wait is starting to feel a bit interminable. Production on the first season began almost two years ago and we still don’t have a final air date or even a full-length trailer, although Amazon have started recently posting very short clips to kick off the marketing excitement for the show.

At this point a recap of the status of the show might be in order.

A Wheel of Time adaptation, based on the fourteen-volume book series by Robert Jordan (published between 1990 and 2013), has been in the works for over twenty years. NBC, Universal and a Japanese animation company all took various tilts at the idea before finally Sony Television brought the project to life in conjunction with Amazon. Showrunner Rafe Judkins, a veteran of shows such as Agents of SHIELD and Chuck and a lifelong Wheel of Time fan, has adapted the show with a team of scriptwriters from the fields of television, film and stage plays. Robert Jordan’s widow and editor, Harriet McDougal, and author Brandon Sanderson, who completed the novels after Robert Jordan’s sad passing in 2007, are advising on the project, as is Wheel of Time superfan Sarah Nakamura and Maria Simons, one of Robert Jordan’s researchers and assistants.

Production of the show is based in the Czech Republic, with filming studios in Prague serving as the primary base for shooting. Location filming has taken place across the Czech Republic and also in Slovenia and Spain.

The first season consists of eight episodes and will adapt the first novel in The Wheel of Time series, The Eye of the World, although some story elements from other novels may be introduced earlier than anticipated, and some storylines, locations and characters from The Eye of the World have been dropped for time or cost reasons, or delayed until later seasons and storylines when they have more to do. With the show unlikely to last fourteen seasons, it is likely that the show will take a somewhat looser approach to adaptation than, say, the Lord of the Rings movies or the early seasons of Game of Thrones.

The show’s production has been, regrettably, extended by the COVID-19 global pandemic. Six of the eight episodes had been shot to completion when the Czech Republic imposed a lockdown on filming in March 2020. Shooting was able to resume in early September, but shut down again in November when a second wave – and, for the Czech Republic, a much worse one – of the pandemic hit the country. Some additional filming did take place in December in Spain.

The current status of the show is that the overwhelming majority of footage needed for the first season has been shot and is in the bag, and the vfx and post-production teams are hard at work on inserting music, sound effects, CGI and graphics for the final product. However, several scenes from the last two episodes remain to be shot and it sounds like they need to be finished off before the season can be said to have fully wrapped and a release date set. There are some rumours that the production team may be able to shoot the last footage they need in the next couple of months, opening the way for the show to air in late 2021 through to early 2022, but that has not yet been confirmed.

Of course, The Wheel of Time is not the only fantasy show to be adversely affected by the pandemic. The second season of Netflix’s The Witcher had a similarly protracted filming period, with repeated shutdowns due to COVID outbreaks in the UK and even among the cast and crew (a problem that Wheel of Time at least seems to have dodged). Fortunately, that show was able to conclude its filming last week and now seems firmly on track to air later in the year.

The Wheel of Time does have a slight issue in terms of internal competition. Amazon Television is also producing a Lord of the Rings TV series based on the forging of the Rings of Power, set in the Second Age of Middle-earth (roughly five thousand years before the events of The Lord of the Rings itself). Filming in mostly COVID-free New Zealand, the show has largely escaped the delays and problems that have beset Europe-based productions. Filming is expected to continue for some months, but some reports and rumours suggest that the show is filming its first two seasons back-to-back, and filming of the first season material may have already concluded and be in post, with a view to airing in very late 2021 or early 2022. That could lead to a time issue where Amazon are perhaps reluctant to air two superficially-similar epic fantasy TV shows in the same window (and with both shows likely to air weekly, maybe simultaneously), resulting in further delays to one of the projects. That’s only a theoretical issue for now, but one to keep an eye on if the delays continue.

The wait is of course frustrating, but we can hope that the end product will be worth it. In the meantime, keep an eye on Dragonmount’s news page and casting page for the latest developments.