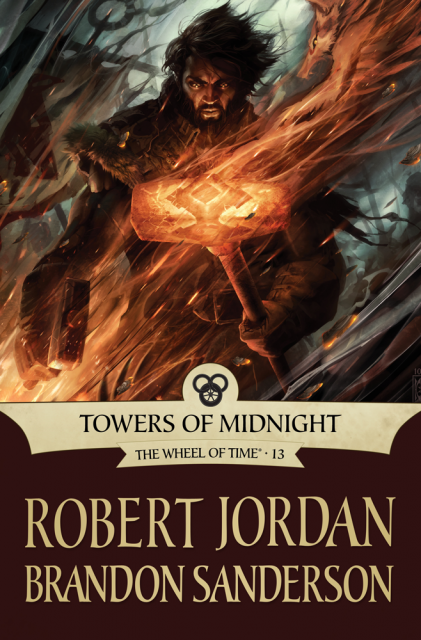 There are two intense tournaments raging right now, and both of them feature entries from the Wheel of Time. No, we're not talking about the NCAA March Madness tournament either.

In this year's Suvudu cage match, which pitches various heroes from the fantasy genre against each other, Perrin Aybarra is representing the Wheel of Time series. As of this news article, we're currently in the fourth round of the tournament. Perrin has defeated. Tasslehoff Burrfoot, Paul Atreides, and Martin the Warrior. Currently he's taking on Ben Adaephon Delat (aka "Quick Ben") from the The Malazan Book of the Fallen series by Steven Erikson.

Last year's tournament champion was Rand al'Thor, who defeated Jaime Lannister from George R. R. Martin's A Song of Ice and Fire in what was surely one of the most exciting showdowns in years.

The other tournament happening right now is Audible's Audiobook tournament. Celebrating outstanding performances in four categories (Best Sellers, Critically Acclaimed, Customer Favorites, and Editors' Picks), the competition is a bracket-style, single-elimination tournament where customers and fans vote to decide which books advance from week to week. It all leads up to the final week, when the winning book will be crowned Audible's Champion of Audiobooks to stand beside past winners including last year's champion: The Gathering Storm.

This year all the excitement began on March 23 and continues until the champion is announced on April 26. Representing the Wheel of Time is Towers of Midnight, one of the bestselling books of 2010. ToM has already made it through the first round and the second round voting goes until April 4.

Go here to vote for it!

So there you go. Two popular tournaments. The Wheel of Time is the returning champion for both of them. Let's tell the world that our fandom and our favorite series deserve to be #1 again this year.