Abridging the Wheel of Time 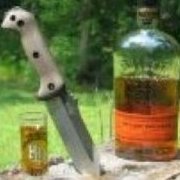 By Occams whiskey bottle,
February 15, 2015 in Wheel of Time Books