A Change of Scenery (Attn: Kronos) 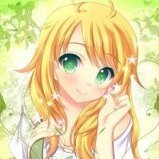