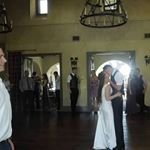 By Al Jenn Mael,
December 2, 2009 in Introduce Yourself