And so she shall pass (Murder in the Yards) - open 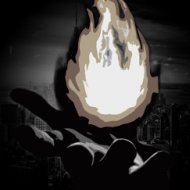