No Longer My Own (Terra's Dreadlord Test and Oaths) 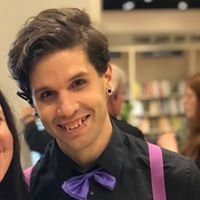