By Pembie,
January 23 in Wheel of Time Books

Toveine Gazal and Gabrelle Brawley are Red sisters sent covertly to the Black Tower by Elaida to capture and gentle any male channelers they find.  And possibly to kill them, as is at least implied.

Well, he was one of Gaebril's (Rahvin's) White Lions, so we've had an idea he was a bad guy for quite awhile. And Min had a viewing about him in the pavilion with Toram Riatin just before "Mordet 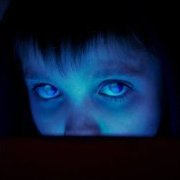 In the ending of Winter's Heart, while Rand and Nynaeve are working to cleanse saidin of the taint, the Forsaken attack. There's a woman called Cyndane who shows up there and has a fight with Alivia.