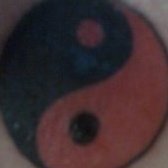 I am a little sad that Stepin did not get to meet Perrin.   Then they would have formed a band with Thom called StepinWolf.  😢🤪

Honestly though it wasn’t the most exciting episode.    I feel this episode Wheel of Timed harder than the prior ones.    We got curses and we got begging for the light, we got ogi

I think I hated this episode more than even episode 1 which is saying something.   The near refusal to actually follow the source material, to the point where actual good things like the Ran