Mat has been recast 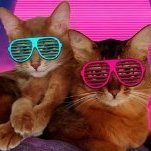 I didn't find Mat to be funny in EotW.  He annoyed me especially on 1st read and subsequent rereads of EotW also, tbh.  It wasn't until he awoke after the healing in the Tower that I really started to

Just finished my latest reread.  I love Mat, he's always been my favorite, but there are a few issues with him in the books.  Those saying he's not funny in the first two books are absolutely right, b

For them to have kept it quiet like this for so long, I'm thinking it has to have been a mental or physical health problem.  Which makes me not want to inquire further out of respect for the actor.