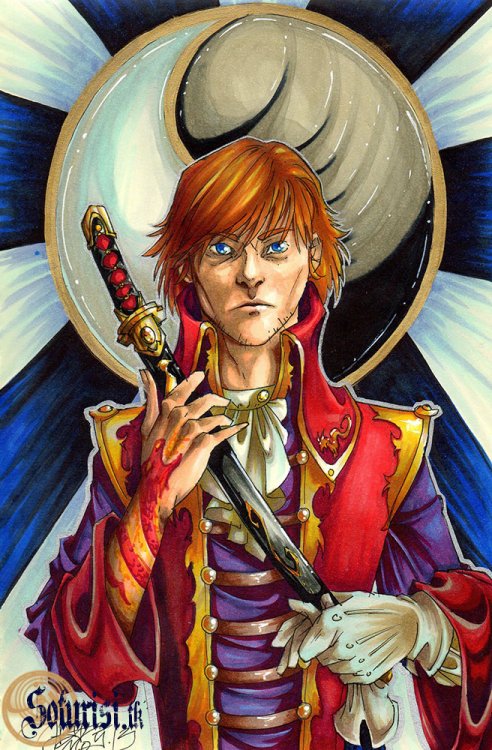 As very writer knows, without strong characters a story is dead. It’s dead to the author, who won’t be able to do anything with their story, and it’s dead to readers, who are unable to invest themselves in the narrative. I’ve read more nonsense about character-building than any other aspect of writing. For the benefit of the inexperienced writer, I’ll pass on a few things I’ve learned about developing strong characters:

“World Building” (WB) was once the practice of only a handful of SFF-F authors. The necessary invention required to create a believable alien or fantasy species, or culture, was not really thought of as WB; that was saved for the really big, sprawling works of invention, like Dune (Frank Herbert) and Lord of the Rings (J.R.R. Tolkien). It wasn’t until the 1990’s that the term came into general use in Fandom; and it was not until very recently that WB came to refer to any fictional environment-crafting.

In my opinion WB has become the tail wagging the dog. I’m seeing far too many meticulously or elaborately conceived “worlds” generated for novels that really have no story to tell or point to make. Even if every element of an author’s “world” is lifted wholesale from previous stories, they get credits for “world building”. At the moment the hot WB trend is Conlanging: inventing languages, like Tolkien did with Elvish. You can find Conlanging “kits” online and every new genre movie, tv or book series seems to come with its own language attached, in hopes of fans learning to speak it ala Klingon. A beginning writer might wonder just how much of their “world” needs to be built up before they can start writing.

My own epic fantasy novel, Carrot Field (published by Pressque and available from Amazon.com in Ebook format) features a lot of apparent WB: layers of history, culture, mythologies, geography, and yes, languages. But the truth is: I never set out to create such a detailed environment for my story! I had originally imagined a short, illustrated, fable-like story of around 70,000 words (think The Lion the Witch and the Wardrobe). Unfortunately, the novel had a very long and complicated birthing process. I started it in 1994 and it didn’t get published until May 2013! Over the years, it accumulated detail. Technical problems and questions about the world of Carrot Field built up. Every time I rewrote the novel (I ended up with 10 complete drafts to work from) the story expanded a little. At one point I wrote a 150,000 word draft that only covered 1/3 of the first volume! In 2010 I decided to start reshaping the book, making it more readable, since it was clearly getting out of hand! Many of the rewrites were done at the behest of editors and publishers and I was happy to jettison all of the “foreign matter” that had crept into the text. The rest was streamlining and editing. The final text still ended up at 150,000 words: but I had managed to fit 2/3 of a trilogy into one seamless narrative with a beginning, middle and satisfying end, which I am very proud of.

My advice to any writer, experienced or inexperience, is to just begin writing! Don’t “build” your world, discover it as you create and explore it through your character’s eyes. This is especially important with fantasy: spontaneous creativity, improvisation, and pure whimsy are all important to fantasy, whether it is a juvenile book or an epic adult saga. Remember what it was like to “make pretend” as a kid? That sense of play is infinitely more effective and enjoyable than all the tedious fictional politics and economies ever invented. Keep in mind that you can always fix technicalities and do additional research after the fact. The important part is finding your story and telling it straight. What you don’t want is a daunting mountain of notes and restrictions facing you ever day. What’s the good of creating your own world if it has as many rules as our own? Trust me, your unconscious is way smarter than you are, it knows more than you do: some part of your brain is silently absorbing every bit of information you are exposed to 24/7, 365 days a year. Get the juices flowing and you’ll be surprised by how much you already know!

For the inexperienced writer the danger is always that you’ll spend so much energy building your world that there simply won’t be any juice left to write (and rewrite and rewrite) the novel itself. It is far better to have a first draft with some gaps needing to be filled than 1,000 pages of notes and no story to tell or energy to tell it. And you’ll never know how much ancillary information is necessary to tell your story until you know what that story is. I often find that my novels require less detail than I initially thought they would.

In short: a little research is good, but too much prep will burn you out and tie your hands when it comes to getting the job done, telling your story. When it comes to WB I think it is much better to let the dog wag the tail, not vice versa!

CARROT FIELD is available from Pressque Publishing in Ebook format from Amazon.com and in Hardcover & Trade Paperback editions in September 2013.