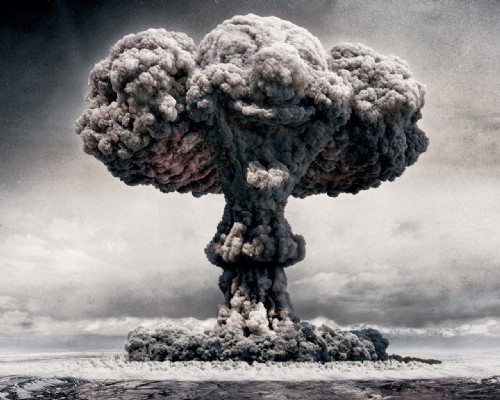 I know, I know, this is not the proper order of reading.

What can I say, I always like to read novels in chronological order, not caring about publishing order. Anyway The Strike at Shayol Ghul wasn't much surprise to me. I already knew that The Wheel of Time is about guy called Dragon, who saved the world from a local version of Big Evil1, and would be reborn in the future to fight BE once again. I knew that only women can use their mojo safely, cose The Dark One tainted male half with madness. Well, that’s the basics I suppose.

The story itself, or maybe rather a letter to Wheel of Time Journal of Archaeology, shows a lot of details of Wheelverse, most of them quite enigmatic, I suppose that’s because of wrong reading order. It seems that The Dark One had been closed in some kind of prison before someone drilled a hole in it.. I really hope it don’t means that TDO was actually buried somewhere. That would be lame.

Then we have short story of sex war among Aes Sedai. I have to say they really sounds more like a band of sulking teenagers than a most powerful wizards of the world. Like really, not talking to each other? Doom is coming, all hell breaks loose, and they won’t talk to each other. How possibly they survived ten years of literal End of the World. It seems to me they would be unable to cope with mere zombie!apocalypse. Anyway the Dragon had to stop TDO2 only with male power, and everything goes to hell. Again. As we already know.

I don’t exactly buy this whole gender stuff, but story itself was quite interesting and full of promising details. We know that Wheelverse suffered at least three colossal cataclysms since attack at Shayol Ghul (cool name, Teddy): Breaking of the World caused by mad male sorcerers, Trolloc Wars caused probably by beings called Trollocs and War of Hundred Years. I assume we will learn about them from actual novels. Those Trollocs sounds like local variation of trolls or orcs. I hope it’s not so simple.

I suppose those Forsaken are some demonic generals of The Dark One. Their names: Bel’al, Sammael, Demandred are definitely infernal. We will probably meet them again. Well, almost definitely. We will also see those magic devices those sa’angreal3 and ter’angreal and I think they can be crucial in defeating The Dark One again.

So that’s it. First shortie is behind my back, I find it quite cool, but now let’s go to an actual novel. New Spring – here I come. Again.

1The Dark One doesn’t sound much originally but I have to say I really like those pseudo-gnostic visions of Anticreator, who is true antithesis of God rather than mere fallen angel.

2Maybe I should call him Teddy…

3I think that reference to Holy Grail is not accidental