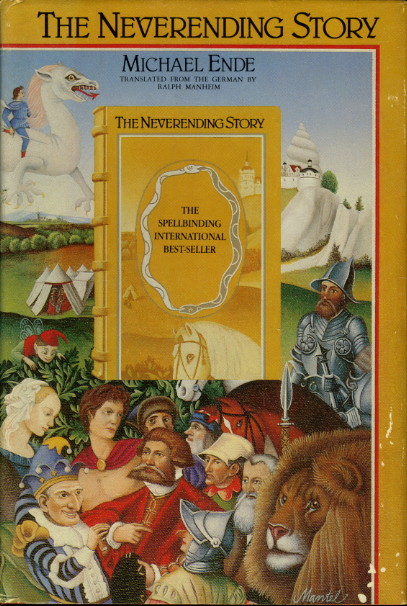 With my first novel, an epic fantasy no less, about to be published in May, I've been thinking a lot about how I define "fantasy"." It's a thorny subject and one that can never be closed definitively. But every author who ventures into the genre probably has a pretty well-defined, personal idea of what "fantasy" is or should be. More on that in a bit, but first a few updates:

First, the novel, Carrot Field (think Watership Down meets Tolkien), is definitely coming out in May (from Pressque Publishing). I'll announce the exact pub-date as it nears. The text is approved, the cover concept agreed on and the art almost finished; we're looking ahead to promoting the book over 2013 and into 2014.

In other writing news, I am 150 pages and 40,000 words into re-writing my next novel, the first volume in a six book, YA sci-fi/fantasy sequence. I can't wait to talk about this but I can't get into it until it is sold. Fingers crossed that it finds a publisher this summer!

Second, I finished TGH!! If you take a look at my blog avatar it has been duly updated. What can I say? WOT continues to blow me away, it is bar-none the best "epic fantasy" outside of Tolkien, as far as I'm concerned. Very few books in this genre - let's call it Post Tolkien Epic Fantasy - match up to what Jordan achieved. In (extreme) brief what I enjoyed most was: the melding of different elements, from the Disneyesque Ogiers to the elements lifted from great literature, history and myth, in particular the spectacular climax; the relationship between Moiraine and Lan; anything to do with Min; the way the world keeps opening up into ever greater vistas. Criticisms: parts of the book, especially in the second half, seemed rushed and/or abridged to me, particularly concerning the Seanchan, apparently a deeply imagined, complex culture that didn't get near enough page time. Ditto the Aiel. I am actually looking forward to later, more leisurely, less plot-driven volumes. The prose suffers most when RJ is pushing the story forward, or injecting "action beats" - which have not dated very well, they might have been necessary to keep readers coming off of Conan and other 80's sword and sorcery fare interested but fantasy readers have come a long way and pumping in movie-style "action" just isn't as necessary as it once was. Apart from those minor criticisms, I am eager to dive into TDR. I have a goal to read the entire series by the time the WOT Encyclopedia is released in 2015!

Now, just what is "fantasy"?

Here's what Webster has to say:

: a creation of the imaginative faculty whether expressed or merely conceived: as

a : a fanciful design or invention

b : a chimerical or fantastic notion

: the power or process of creating especially unrealistic or improbable mental images in response to psychological need <an object of fantasy>; also : a mental image or a series of mental images (as a daydream) so created <sexual fantasies>

This is a vast subject, I can't go into too much detail, but I'll give you my opinion on the matter and tell you in which way my tastes incline.

In terms of a literary genre, before 1977 and the publication of The Sword of Shannara (Terry Brooks) fantasy as a genre leaned toward Definition 1. It included Alice In Wonderland, fairy tales, re-tellings of myths and authors as diverse as Hawthorne, Poe and Irving. Even in the immediate Post Tolkien landscape this definition held true, as evidenced by Ballantine's "adult fantasy" line of reprints, which included authors as unlike each other as William Morris and E.R. Eddision. It was the publication of Sword of Shannara that created a label for publishers and booksellers: Fantasy. In the Post Shannara landscape, pale imitations of Tolkien proliferated. If you look at the immediate earlier period (say 1965-1975) authors were more likely to imitate E.R. Burroughs or Robert E. Howard than Tolkien (Michael Moorcock, Lin Carter, L.S. Decamp) - Shannara changed that.

If you look at earlier fantasy, the technique known as "world building" is relatively absent outside of Tolkien and Howard. Worlds were developed as authors moved from story to story, especially in the world of magazine publishing, where novellas and short stories provided the platform for new sf-f worlds to be unveiled and developed. Earlier fantasists such as L. Frank Baum invented their worlds as they went from book to book, not from a map or plan drawn up before beginning a project. What has become standard practice in the genre was, until very recently, the exception not the rule. The concept of an "arc" was particularly alien.

As much as I love WOT, I must confess that I am not a big fan of the "epic fantasy" genre. World building often gets in the way of creativity and imagination. Authors are worried about how many horses it takes to get from Place A to Place B, economics, medicine and other concerns that must be swiped from our own world and history. I find these insertions disruptive, they pull me out of a fantasy story and remind me of the world I live in. And the tropes are now set in stone: mysterious Oriental eastern counties, Islamoclone desert people, faux European medieval settings (perhaps with Renaissance trappings), stout Nordic northerners and automated feudal settings. Magic (whether of the Howardian or Wiccan variety) abounds and epic quests must be undertaken. Dragons, trolls, demons and unicorns are plentiful and plenty boring. Add to that the more recent trappings of sexual fetishes, gritty "realism" and political messaging and you pretty much describe over 90% of modern "fantasy".

I don't see where the "fantasy" comes in. All these authors have done is take aspects of our world and reshaped them, edited them, into a slightly new form. That's closer to abstraction than fantasy. For me true fantasy comes from the unconscious, it is the stuff of dreams, daydreams, superstitions and fleeting thoughts. The Yellow Submarine, Ponyo, Little Nemo In Dreamland, A Midsummer Night's Dream, the Oz books, the novel The Neverending Story and countless other stories, comics, books and films represent the true nature of fantasy to me. I see world-building as the trend that has destroyed, not legitimatized, fantasy as a literary genre.

My first novel, Carrot Field, represents my writing as it developed over the past twenty years. But I've come to a place where I no longer feel the need to "build" worlds. I much prefer to dream them. And to me, that is what true fantasy is about. Dreams.

Feel free to drop a comment & disagree with me!