All too often, audio gets overlooked in film production. When Tess and I initially talked about the project, one of her first demands as producer was that we go the extra mile on audio and ensure it doesn’t get overshadowed. We recognized that bad audio can ruin a production, so we set out to identify the specific areas we’d have to focus on.

The first audio element we’d have to focus on was the dialogue. One of the clever aspects about Brad’s script was that there wasn’t any dialogue that would need to be recorded on set. Moiraine speaks in a voice-over (VO) that could be recorded later. So on the day of our shoot, there was no need to even bring microsphones, boom polls or field mixers. 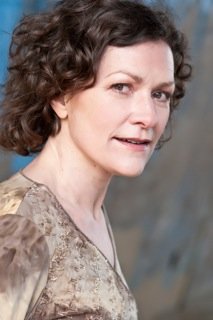 I made the decision fairly early on to go with Kate Reading to do Moiraine’s VO. If you’re not familiar with her, Kate is one of the readers for the Wheel of Time audio books. Along with her husband Michael Kramer, they have recorded each book the series for Macmillan Audio.

With Moiraine’s voice, I wanted to convey a sense of wisdom and power. And at the same time, I wanted to have that performanced be laced with a touch of emotional longing for Thom. I imagined her letter to him to be primarily “business”, ie, her need to get out of the Tower and get back to Rand, and her secondary desire to be reunited with the man she loves. So I provided Kate with some specific direction on how to deliver these lines, and she was kind enough to do so. I knew in advance that her performance would be well received by a large portion of fans, but I also knew that inevitably some people would have a different take on how she should sound. As some of you pointed out in the comments on youtube and other places, Robert Jordan describes her voice as being light and “like chimes”. That may be so, but I love the way Kate’s performance turned out, and I love the wise maturity it brings to the character as we chose to portray her. Her wise voice, mixed with Sarah’s young features build a timeless aura of an ageless Aes Sedai.


The second area of audio production we needed to focus on was music. I mentioned on a previous page that the “temporary” music I used for the animatic ended up being the final music used in the actual book trailer. I was quite pleased with it. The timing and build up was just right, and I was easily able to adjust my edit to accomodate it. Listen to what the music does right before she opens her eyes, for instance.

The music was broken up into layers for me. This means that I had separate audio files on my computer for each musical instrument involved. In this piece there were files for Drums, Bass, Guitar, String instruments, and Brass instruments. When we did the final mix, Patrick Knipe our sound designer and mixer took those individual layers and spiced them up a bit, in order to make them really pop.


The final aspect of audio production were the sound effects (sfx). A long time fan of the series, Patrick Knipe came to our rescue. I only have to give him minimal direction as he seemed to have an intuitive sense of what needed to happen. Through his awesome sound mix, the horse came alive, thunder shook the skies, and saidar came to live with a holy, whispering sound. Notice too the subtle effects he added: there’s a small shining sound when we see her great serpent ring. There’s a mystical whoosh as her eyes open. Remember, we didn’t record any audio on set when we shot this. So eveything you hear was created elsewhere in a studio. All of these elements add to the overall scene, helping to bring Robert Jordan’s universe to life in ways we’ve never experienced before.