Septmeber 1, 2010. That was the date Tess and I promised Tor that we’d deliver the Towers of Midnight book trailer to them. We finished a few days early, which was fantasic because I was able to send it off to Harriert, Maria, Alan, and Brandon for approval. The feedback we received from them was outstanding. I’m humbled by the kind things they had to say about the finished product.

The book trailer was going to be “premiered” at DragonCon, one of the largest genre conventions in the country. Tess and I had made arrangements to make custom DVD’s to hand out to people at the event. Here’s what the printed DVD looked like: 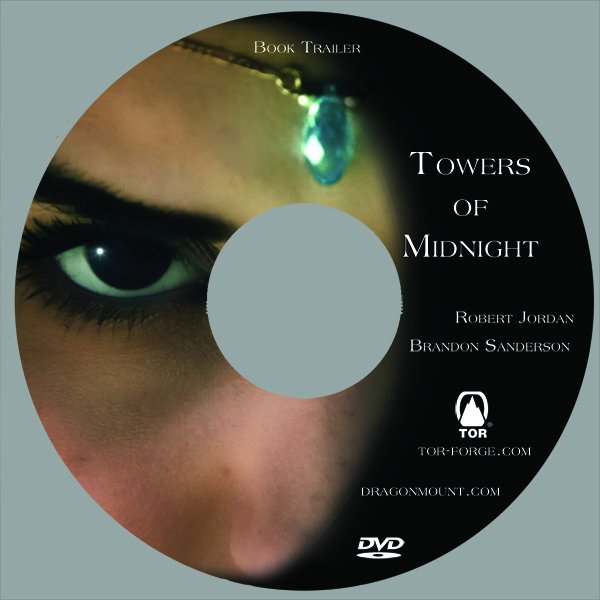 The trailer was scheduled to screen during a panel in which Brandon would read from the Towers of Midnight prologue. (You can find a video of him doing that reading at this YouTube link). The room was packed. There were several hundred people in attendance, which was pretty awesome. Standing room only. Now, I’d like to think that they were all there to see the book trailer, but I know in reality it was the promise of the prologue reading which drew them. 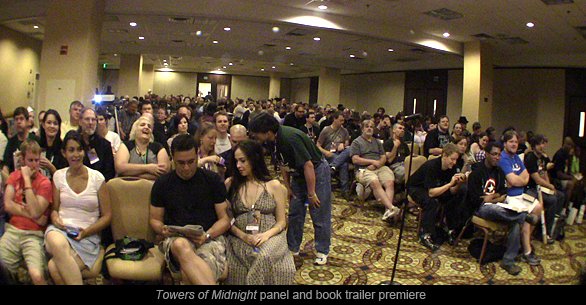 The gathering crowd. That’s Sarah sitting in the front row


The screening itself was great. Lots of cheering as people figured out who they were seeing. I heard some extra hooting from people when her eyes were revealed. It’s such a fun experience to see people’s reaction. We had worked so hard on the trailer for so long, so this was the time to really see what people thought of it. It was over in a flash though. The trailer is only a minute long, so its strange to see something I’d worked on for months be over in hardly any time at all. In the end though, it was well worth it! 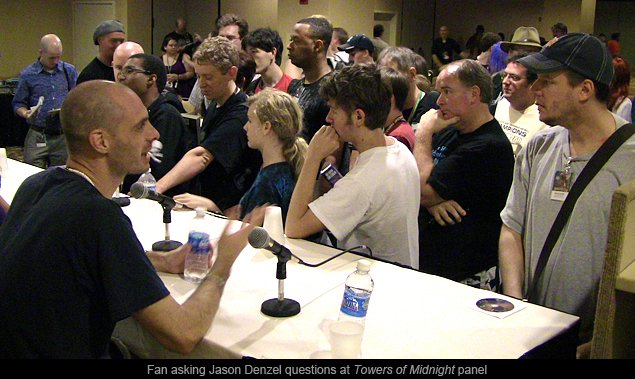 After the screening. That’s me sitting at the table on the left.


That same afternoon after the premiere, the book trailer was released online. And the rest, as they say, is history.